Sergey was born on November 16, 1985, in Belarus. His family immigrated to the US in 1991 and lived in Boston for a time before moving to Epping, NH. He joined the Military in 2006, where he was deployed to Baghdad and Basra in Iraq. During his tours of duty, Sergey experienced extensive combat and witnessed tremendous danger, but speaks of how eventually he got desensitized to the high-stress situations. He returned home in 2009, where he encountered difficulty finding work and decided to enroll in higher education. He is now pursuing a master’s degree in finance at Salem State. 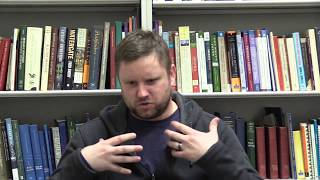