Richard Stewart retired as a Sergeant in the US Army and was an MP who served in Desert Storm. He always wanted to be a police officer, however due to injuries suffered during his deployment he was unable to pursue that goal. Richard is from Revere, Massachusetts and in 1986 he joined the Army and was trained at Fort McClellan, Alabama. He was stationed in Berlin when the Berlin Wall was still up, and due to the combat he saw during Desert Storm he suffers from Post Traumatic Stress Disorder. Richard’s job as a sergeant was to keep order on base and along the Berlin wall. He worked in Iraq and at the Saudi Arabian border during Desert Storm. 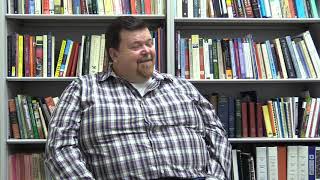