Michael Prochilo was born on January 26, 1983, and grew up in Revere, Massachusetts. After a difficult childhood, he joined the military when he was 17. He enjoyed being in the military and wishes he stayed in. He was a Corporal E4 in the U.S. Army, and was a combat engineer. Prochilo was deployed twice, to Korea and then Iraq, and had very different experiences during his two tours. His interview describes some of the trauma and danger he faced during his combat tour in Iraq, as well as his resulting struggle with PTSD. Upon returning home, Prochilo became a police officer in Revere before retiring due to health concerns. He is currently enrolled at Salem State in pursuit of a history degree as part of the military’s vocational rehabilitation program. 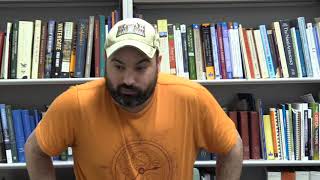