Israel “Izzy” Cherry, graduate of Everett High School, previously of Lynn, MA, and several other Massachusetts communities, joined the Army right out of high school. In the Army, he served overseas in Iraq and Kuwait for five years as a driver, reaching the rank of Private First Class. Losing his mother at the age of 13, Cherry moved around quite bit during his childhood, while sports—especially basketball—served as a large part of his life. With college seeming out of reach, Cherry joined the Army following an interaction with a recruiter on the way to a basketball game. Following his return to civilian life, he coached a youth basketball team, joined the Army Reserve, and enrolled in Salem State University under the G.I. Bill in pursuit of a career in human resources. In this piece, Cherry discusses his experiences and how they have impacted him, along with his thoughts on others—including his young son—potentially joining the military. 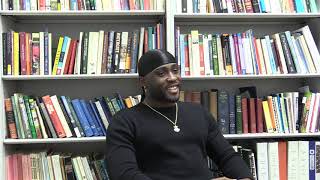