Brian Dyer of Atlanta, Georgia joined the Navy as a corpsman in 2002. He was trained at Camp Lejeune on Parris Island and was deployed to South and Central America during 2005-07. Dyer worked on drug interdictions in conjunction with the U.S. Coast Guard and DEA while acting as a medic. On the second mission, he had to work to save an enemy combatant that ultimately died. He then spent his second deployment with the Marines, though he found this did not fulfill him as much as his time as a medic did. He spent most of his life searching for a purpose that was his own and not the one his family members expected of him. Dyer is extremely forthright about his past and his journey to find his identity after leaving the military. In this interview, he remarks on his life growing up with a family in a rather cult-like religion and how his military experience changed him. He discusses his struggles and the obstacles he faced throughout his life and his perseverance against all odds. Dyer also is an entrepreneur who seeks to help fellow veterans and marginalized communities. 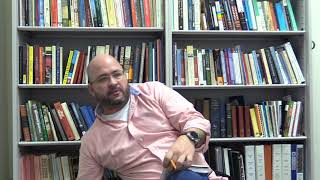