Alana Wilson was born on January 25, 1997 and lives in Quincy, Massachusetts. She joined the Army reserves when she left high school and became a combat medic. She follows in the footsteps of her mother, who was also in the Army Reserves, as well as her grandfathers and uncle. She has completed 3 years in the Army reserve while attending Salem State at the same time. She hopes to one day be deployed to Kuwait. Alana discusses how, although she enjoys the Army reserves, she wishes she went active duty or joined the Air Force National Guard. 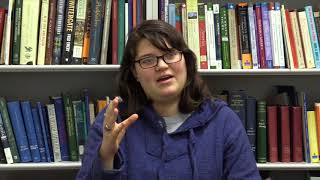